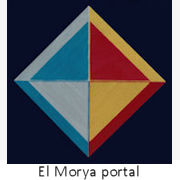 Ascended Master El Morya is a stern Master. He is nearly always appearing without a smile, but to look into his eyes is to see love on a deep level. He is one of the main Masters of these times, here to assist in these times of Ascension. He represents the energy of the leader: courage, power, self-reliance, dependability, faith and initiative. He is also a very precise and meticulous Master.

In past lives, he has been Melchior, one of the three wise men, King Arthur, Abraham, and Thomas Becket. He showed me his past life as Abraham. In that life, he had dark skin and piercing blue eyes and lived to a very old age. He was a shepherd, a priest and a leader as Abraham. Mary Magdalene was his wife (Sarah) in that life. From his life as Abraham, his descendants formed the foundations of Judaism, Christianity and Islam. And yet, he reminds me of all the lives he had without a recognized name. Those lives were also a part of the tapestry that led to his Ascension and into his own Christ. The little lives are just as important as the big lives. 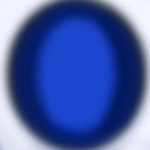 He is always seen in a turban. El Morya sometimes wears a sapphire surrounded by black diamonds in his turban. He wears a white robe, or a dark prussian blue robe that can appear as black. 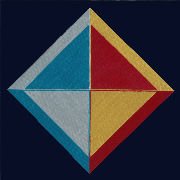